Tired of the same ol’ party ideas year after year?  Let Ohio Mobile Gaming bring one of NE Ohio’s best mobile video gaming theaters to your next event.  We are the only company in Northeast Ohio with THREE Video Game Party Trucks!

Our Akron Video Gaming Theater was completely overhauled and upgraded in  2019!!  The Akron Game Truck services Summit, Stark, Medina, Portage & Wayne counties. Not only does it accommodate 16 players inside, but we added a 55″ TV on the outside so another 4 people can participate! The Akron Game Truck is equipped with XBox 360’s, XBox One’s, Nintendo Wii & the new PS4 Virtual Reality setup.  We also added a full photo booth (optional add-on) and a 3000w indoor/outdoor sound system to help us turn any event into an OMG PARTY!   If you’re looking for fun…this is IT.

**Don’t forget to have us send you free professionally printed invitations so your guests know what kind of fun to expect!** 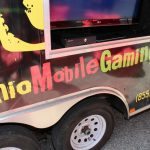 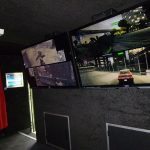 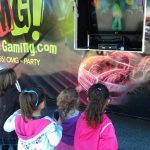